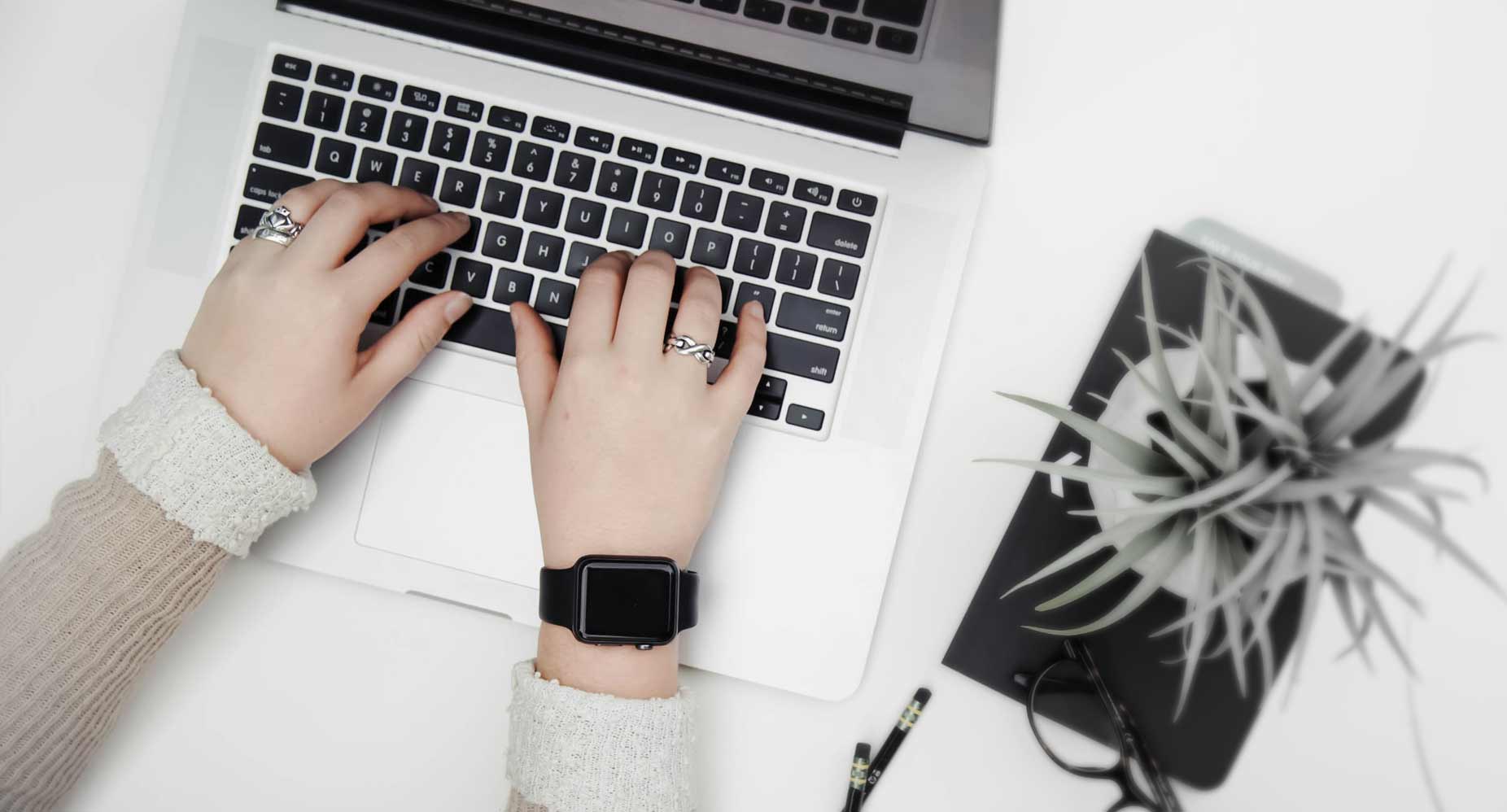 OKR implementation engagements can arise in any number of ways, with the most frequent we see being either as a result of an awareness of the framework at senior leadership level (top level down), or where a mid level executive has worked within another business that adopted them, and believes the framework would work well in his or her new organisation (mid level up).

Each has the potential to throw up its own challenges, and this article briefly covers a few of these, and how we would look to overcome them before commencing the implementation in earnest.

Whilst often seen as the perfect foundation for an engagement due to the influence able to be exerted by senior leadership, there are often significant challenges to overcome when the drive for a move to OKRs comes from the highest levels of an organisation. The foremost challenges that come to mind are boardroom politics, and adoption resistance from lower levels within the business.

Where boardroom politics are concerned it can be easy to find oneself caught between two factions, where the standard response from one side of the boardroom table, to anything new introduced by the other side, is entirely contrary. Sometimes this manifests itself early on in the process and can be managed accordingly, but there’s no doubting that many executives are canny politicians by the time they reach board or senior management level, and can time their disruptive strategies with almost perfect precision! So how do we combat these challenges?

The best response in these instances is absolute transparency and inclusivity. We ensure that we bring all the senior leadership team along with us at all stages of the process, from initial orientation about the framework to agreement about how a specific implementation will be developed, and how we’ll go about rolling it out and subsequently supporting it. By not shying away from the difficult discussions up front, and challenging where required, we ensure the process is unequivocally supported all the way through. By making it clear that agreement to move forward at each stage of the buy-in process is also an agreement that there will be no backward steps taken, no subsequent rehashing or rebuttal of ideas and decisions once consensus has been reached, we ensure that challenges are acknowledged up front, and can be managed accordingly. Execs who subsequently look to cast doubt on the process are clearly breaking this implicit contract, and with it trust.

Adoption resistance at lower levels of an organisation is a different challenge entirely. It is highly likely, even within the most progressive and inclusive of organisations, that the majority of the business will only be invited to contribute to the implementation of OKRs once the framework has been agreed by senior management, meaning that we will encounter this kind of blocker later in the process. And how does this blocker typically manifest itself?

We tend to experience this as a form of passive aggression, whereby a team leader for example may claim to buy-in wholeheartedly to the process (and may even convince themselves of that initially), only to then fail to contribute in terms of OKR development, or refuse to apply the necessary rigor or governance in managing the OKRs within their sphere of influence. Left unchecked, these behaviours can erode the confidence in OKRs being built within the organisation, and ultimately lead to the failure of the entire implementation.

Engendering buy-in at the earliest possible stage is one way to mitigate these kinds of issues, and ensuring there is commitment from the senior leadership team to allow time for clear, transparent communication to all levels of the organisation regarding the framework, the process, and the organisation’s expectations from it is critical in achieving this. Something we always emphasise from the outset is the importance of a clear and consistent message from the CEO or equivalent high level sponsor of the implementation, to ensure that the whole organisation understands the drivers behind OKRs – put simply, why OKRs and why now? Early engagement with the ‘Why?’ leads to far greater personal buy-in and most likely, a much smoother adoption. When staff understand what issues are being addressed, why, and with what particular outcome or outcomes in mind, then they can truly connect with the process.

Another way to avoid this kind of resistance issue is to ensure that rollout throughout the business is conducted smoothly and respectfully, conscious that mid and lower level teams may see this as ‘just another framework or model’, ‘a new way of exerting control’, or ‘piling work upon work for the people at the coal face’. Ensuring understanding that the process will lead to the organisation’s desired outcomes, and that much of what is required will be ‘instead of’ rather than ‘in addition to’ what teams are already doing day to day, will go a long way to smoothing out any concerns. And emphasising one of the fundamental cornerstones of OKRs, that of focus, reinforces this further. Team leaders and individuals always like to hear that they are being asked to focus on achieving fewer objectives, rather than always more!

And finally, conducting a staged rollout may give the wider organisation time to adapt to the idea of a new strategy implementation framework, and ensure that by the time of full implementation there are converts and ambassadors within the wider ranks who are able to spread positivity and enthusiasm, and an existing body of work that demonstrates the benefits of the framework.

The greatest challenge we experience when the drive behind an OKR implementation has come initially from mid or lower levels in an organisation, is genuine buy-in from the senior leadership team. Our involvement often takes two different forms in this scenario – either providing support for the upward selling process, or where an implementation has begun but is veering dangerously off track (without the necessary senior level sponsor), providing remediation coaching.

Upward selling in itself can be a reasonably simple undertaking in businesses where the OKR process has not yet begun – we are often asked to provide subject matter expertise in support of the OKR proposer and this will most likely take the form of a workshop of varied length, taking the senior leadership team through the background of the framework, its strengths, what they look like in practice, the role of the leadership team in the success or otherwise of any rollout, and also not shying away from communicating the likely implementation challenges and weaknesses of the framework. Where the senior leadership team have perhaps already demonstrated an openness to use OKRs, we’ll also tend to go a little deeper during the workshop, starting to investigate the challenges within the business that OKRs may help to resolve, and also show how their specific implementation may look in a little more detail. What is clear however is that ‘selling OKRs’ can only go so far – if a leadership team aren’t convinced about the merits or the timing then there comes a point where continuing to sell the framework becomes counterproductive. The last thing we are looking to achieve is convincing an uncertain leadership to push ahead with implementation.

We also see businesses that have gone ahead with OKR adoption without senior leadership commitment, perhaps as a result of rolling out productivity or performance management solutions that contain a strong OKRs element or bias, and these can be very challenging scenarios to unpick since they resemble ‘the tail wagging the dog’ – the decision did not emanate from the senior leadership team and therefore there is not senior OKR sponsor, a critical requirement of successful implementations. This is where we revert to a more ‘coaching’ role, and have a number of approaches to consider depending upon the exact nature of the issues at hand. Reverting to upward selling might be an option, effectively asking the senior leadership team to get on board in lieu of the implementation having taken place. This often requires hitting the pause button on the use of OKRs until such time as there is full buy-in, and being prepared to roll back some of what may already have been put in place. However, better to take the time to get it right, than muddle on with a dysfunctional implementation.

The alternative may be to ringfence the implementation and work with a specific team, or even a jurisdiction in the case of a larger organisation, for the sole purpose of fine tuning the process, providing focus, and developing a proof of concept for the leadership team that OKRs can work and will benefit the organisation as a whole. Fixing what is broken and then ‘relaunching’ this at a point down the road, as a demonstration of the effectiveness of the framework, can be a very powerful tool for selling it throughout the rest of the organisation.

There are any number of ways an organisation may choose to implement OKRs, and even more ways the implementation of those OKRs may be challenged, or hit significant blockers. We have highlighted our approach to only a few of those variables, but the key takeaways should be relevant throughout any implementation: 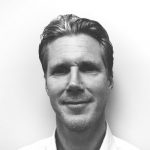 Learn how to write and manage OKRs. Discover how to combine Strategic Themes, OKRs, KPIs and Strategic Initiatives to achieve high levels of performance across teams.

Ready? Let’s Do This

Ready? Let's Do This